Dogecoin price was on a clear uptrend since July 17 as the buyers set up two consecutive higher highs. However, the July 26 swing high at $0.233 seems to be the last one since DOGE has dropped roughly 13% from this point to where it currently trades.Moreover, the $0.213 resistance level has been serving as a major opposing force that has prevented a move higher. The recent rejection on August 1 seems to be leading to a 10% retracement to the $0.183 demand barrier.

A decisive close below this support floor will set up a lower low, confirming the shift in trend to bearish. Such a move will open the path toward the $0.162 foothold, a roughly 20% downswing from $0.205. 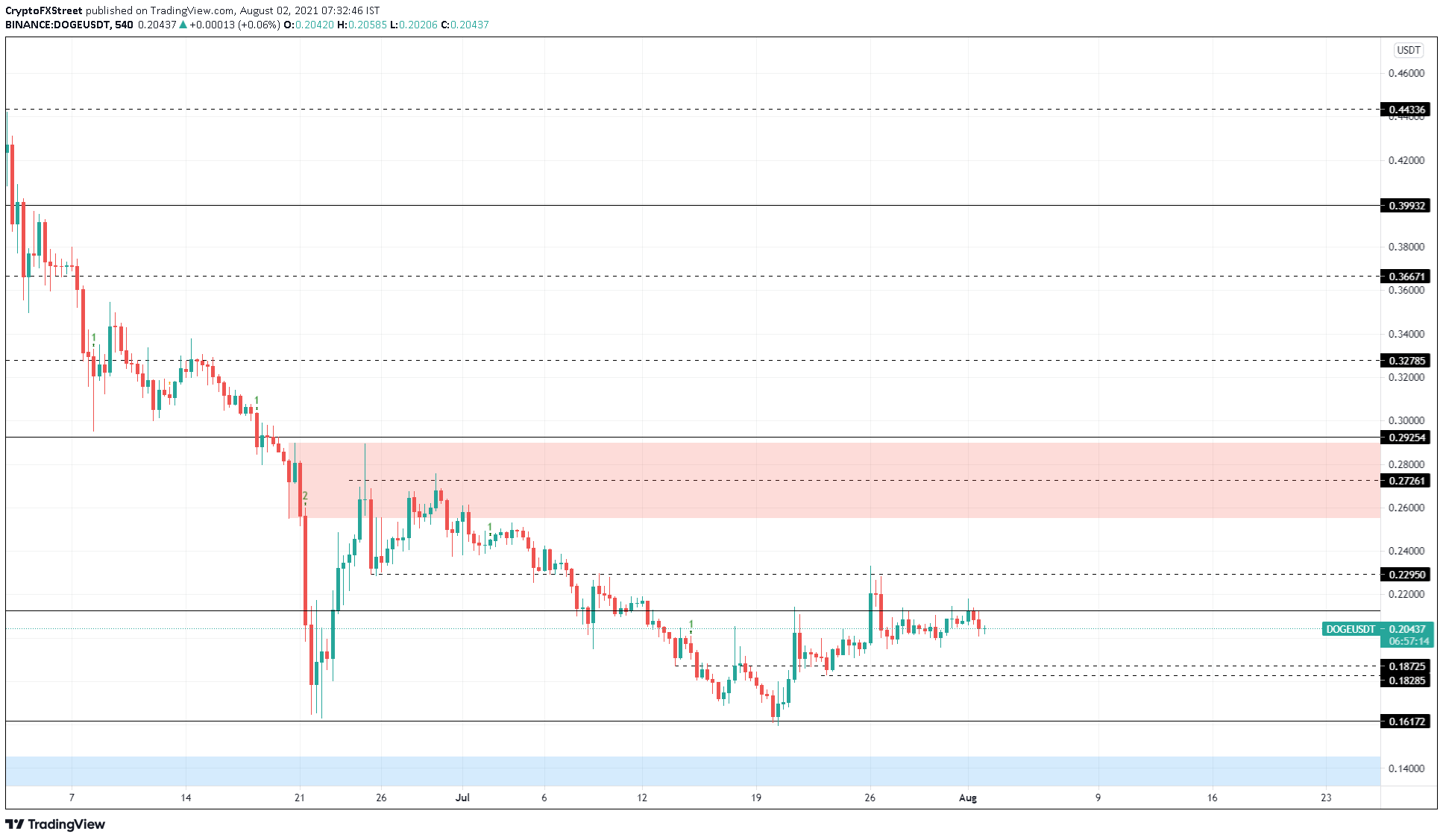